Super Sand Eagles head coach, Audu ‘Ejo’ Adamu, has declared that the team will now look to win the CAF Beach Soccer Cup of Nations title after securing a berth in the 2019 World Cup in Paraguay, reports Completesportsnigeria.com.

Adamu’s charges edged out host Egypt 7-6 in a thrilling semi-final contest on Wednesday in Sharm El Sheikh to grab one of the Africa’s two tickets to the FIFA Beach Soccer World Cup in Paraguay next year. 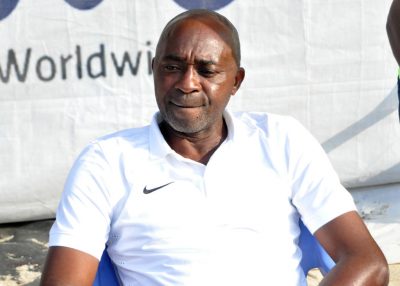 Veteran Abu Azeez scored four of the goals, to take his Nigerian tally to 103. Emeka Ogbonna netted twice and Taiwo Adams got one.

Azeez has scored seven goals at the ongoing championship, while Ogbonna and Adams have four each.

“We came here to go all the way, by qualifying for the World Cup and winning the Africa Cup. We have achieved one of our objectives; the other is pending on Friday,” Adamu told nff. com.

“I am happy that these boys did the nation proud by staying calm and then going hard when necessary to get the World Cup ticket. Now that we have qualified for the World Cup, we will be relaxed to play the final with huge confidence.”

The Nigerian boys will face the winner of Thursday’s second semi final match between Senegal and Morocco in Friday afternoon’s final match.