Super Eagles and Bursaspor of Turkey midfield star Mikel Ndubuisi Agu has declared his readiness for the crucial 2018 World Cup qualifying clash against the Chipolopolo of Zambia on October 7 in Uyo following his inclusion in the team and will be joining the national team camp on Sunday, October 1st,2017.

“I was out in training when somebody sent the list to me and it’s always fulfilling to know you are a part of something as momentous as trying to help your country qualify for the World Cup. It is a priviledge and I will be ready for the challenge. We have a league match away at Kayserispor on Saturday and by Sunday I will be on my way to Nigeria,” Agu told completesportsnigeria.com exclusively from his Turkey base on Tuesday night.

Agu was in action in the double-header against Cameroon’s Indomitable Lions when he came on as a substitute for name-sake and captain Mikel John Obi and he looks forward to joining up with his national teammates again in what could be the final push to the World Cup.

“It’s always exciting to meet up with the lads. We share jokes and banters and catch up on old times, don’t forget most of these guys have played together at one junior level or another. Of course it’s also a good time for the fans too because they are happy that the team is doing well. We want to continue to put smiles on their faces and, by God’s grace, at the end of the Zambia game we shall have cause to celebrate,” he said. 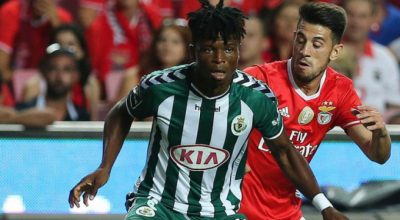 The 24-year old midfielder, on loan at Bursaspor from parent club FC Porto of Portugal, has been in fine form for the modest Turkish side who have been impressive since the start of the six-week old season.

He said: “I think our form is down to two things. We have a young team ready to learn and a very good coach willing to experiment. On a personal note, I believe it is the hand of God. Many of them may not believe this because faith differs but I know it is God at work for me and the team.”

Agu made his debut in a 3-0 friendly win over Togo in France last June, playing for 83 minutes before going off for Shehu Abdulahi and has become a fixture in the senior national team since then.