Udegbe: I’m Ready To Fight For Super Eagles No.1 Shirt By Johnny Edward:
German-born Nigerian goalkeeper, Robin Udegbe, is incredibly determined to jostle with Francis Uzoho and the other goalkeepers for the Super Eagles’ first choice spot if he gets an invitation to the Nigeria camp, Completesportsnigeria.com report.

The 27-year-old has kept four clean sheets in 12 German Regionalliga West games (fourth division) for RW Oberhausen so far this season, and he is confident of getting a chance to represent his fatherland. 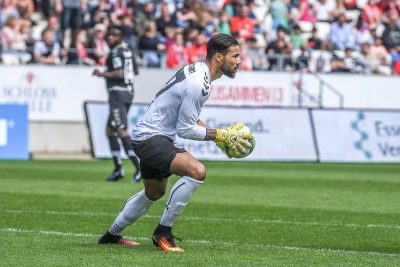 Udegbe was born and raised in Kiel, Northern Germany but his father hails from Awkuzu in Anambra while his mother is a German.

“In the past, there was a short contact exchange between the same person that scouted Leon Balogun for Nigeria in Germany and the handlers of the team, he also saw me and spoke to me,” Udegbe began in an interview with CSN.

“But it does not matter what happened the past. I’m working hard every day and trying to improve myself so that when I get the privilege of getting invited to the Super Eagles, I will take the chance.

“Uzoho is a good goalkeeper, but I hope I get a chance to fight for the spot like the others have.”

Udegbe says that he looking forward to reuniting with Ahmed Musa in the Super Eagles.

Udegbe played alongside Ahmed Musa and the trio of Uche Nwofor, Michael Uchebo and Alex Emenike at Dutch side VVV Venlo during the 2012/13 season.

“I had a great time at VVV Venlo with Ahmed Musa, Uche Nwofor, Michael Uchebo, and Alex Emenike. We were used to spending time together after training and ate together at their houses. I’m still in contact with Musa and we talk on the social media whenever there is time.

“I look forward to playing alongside him (Musa) again because he is a very good individual.” 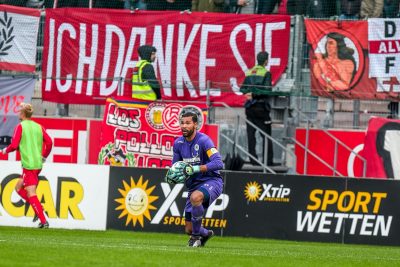 Udegbe also expresses his confidence that Nigeria will beat Libya over two legs in the forthcoming 2019 Africa Cup Of Nations qualifiers.

“Nigeria has got great players, so I don’t see Libya standing a chance against us,” he enthused.

“I follow Nigerian football all the time. I try to watch all the games on TV if there is the possibility. Nigeria has a lot of great players and a great future. I played with Ahmed Musa at VVV Venlo in the Dutch Eredivisie. So I know for sure that he is a standout player.

“Also the captain John Mikel Obi, to mention a few, do stand out too. But meanwhile football is not about the single individual but rather it is about the whole team.”